THE LAST ONE STANDING 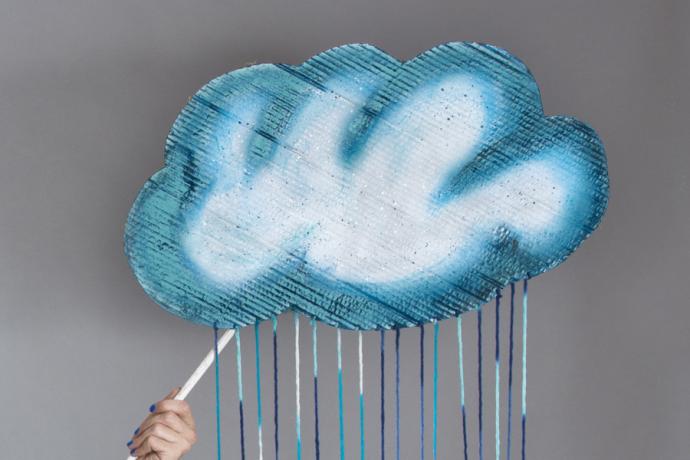 Detail from Club H.Ø.D. Calendar 2016 "The Last One Standing", Photo by Julia Fuchs

I represent the month of November as all the good months were already taken. I don't associate many good things with November. It's grey and cold, people's moods are bad and clothes we wear are so thick. But the worst thing of all: I get older in November. That's when my birthday is…and it's getting harder to make people believe that I just turned 29. So November is nothing but the realisation of the upcoming winter – and not just my personal one – and that it is getting worse before it starts getting better again, though the wrinkles might not get better at all. November is the proclamation of mulled wine terror, upcoming Christmas, and, of course, the even colder month of January and February. 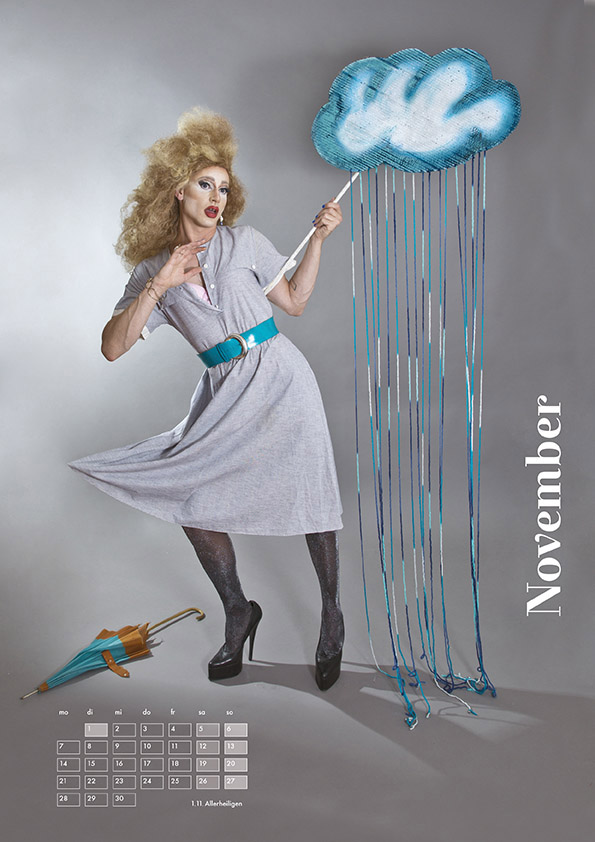 The picture simply shows me in a grey dress, being facially trapped between melancholy and shock about the upcoming rain. I think the symbolism of the picture and my costume is quite obvious. It's grey, it's cloudy and it's windy - three things that are particularly uncomfortable. But it is of course a question of the point of view. It can be quite amusing or even beautiful to see how the wind tumbles somebody’s hair or churns someone’s clothes. It's about the destructive forces of nature the way everything gets messed up.

Drag Queens of course have to deal with that every single day.  The combined forces of gravity and wind are quite tough to deal with, so I decided to show the mechanisms behind it all: the strings and poles that hold us in place. I wanted it to look very constructed, because that's what it is all about: we construct ourselves against every destructive force. And yes, this answer is totally made up out of thin air. In fact I just wanted to blow people away by looking blown away. My logic is quite simple. Now I’m the last one standing!