ALFRED SCHMELLER The Museum as a Flashpoint 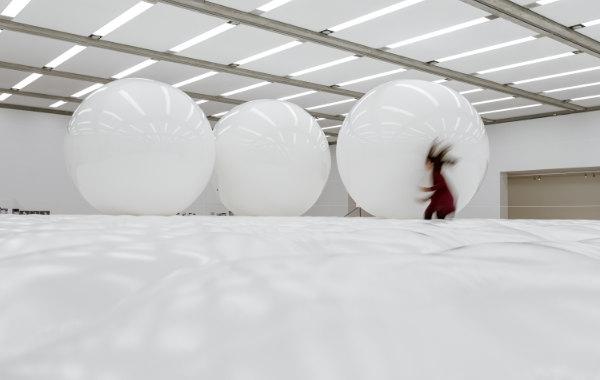 When Alfred Schmeller became the second director of the 20er Haus—today’s mumok—in 1969, after Werner Hofmann left for Hamburg, he had already enjoyed a long and varied career. He was director of the Art Club and had worked as a critic for many years, before then working as the state art restorer for Vienna and the Burgenland.

In his collecting and exhibiting activities, Schmeller continued in the footsteps of Hofmann. Projects that wrote exhibition history during his era included The Vienna School of Fantastic Realism, Harald Szeemann’s legendary exhibition Bachelors’ Machines, and later Monte Verità and The Tendency toward the Total Work of Art. A major feature of Schmeller’s purchasing policy was the Chicago Imagists, whose work has been rediscovered in recent years. This was a loose group of artists who had studied at the Chicago Art School and were influenced by surrealism, art brut, comics, and pop culture.

Alfred Schmeller opened up the museum in many ways, he invited the Vienna Festwochen to hold their avant-garde festival Arena in the 20er Haus, and he was particularly committed to bringing young people into the museum, staging painting actions that were revolutionary at the time. In 1970 Schmeller used the slogan “The Prater is closed—come to the museum” to advertise the sensational Riesenbillard (Giant Billards) by Haus-Rucker-Co in the exhibition Live. This exhibition will document the most important of Alfred Schmeller’s exhibitions and present important acquisitions he made, and also reconstruct this Riesenbillard, which serves as a symbol for Schmeller’s new unorthodox approach to the museum. Visitors are expressly invited to make use of it.