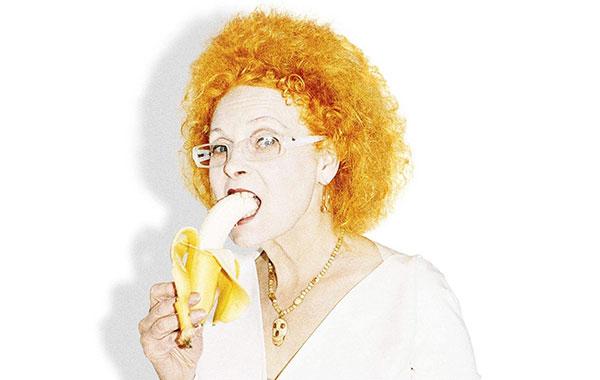 Westwood's career is marked by successes, conflicts, uncertainties. The documentary highlights key moments in her past that made her what she is today. An intimate and inspiring portrait of a truly British icon.

The exclusive look behind the scenes of the unique fashion house and the characters there is WESTWOOD: PUNK. ICON. ACTIVIST. the never before told story of a world icon. Vivienne Westwood - Grande Dame of the Punk and Enfant Terrible of the British fashion world.

Self-proclaimed daydreamer Vivienne Westwood came to London from simple family circumstances at the age of 17, right into the swinging sixties of the 60s. Her life changed abruptly when she met Sex Pistol manager and impresario Malcolm McLaren and their joint shop on Kings Road revolutionized pop culture.

Over the next 40 years, Vivienne Westwood's life was marked by failed relationships, litigation, ridicule from the press, and financial problems. But she remained steadfast and became the cultural icon of Britain and a global fashion phenomenon.

Today, Westwood is named in the same breath as Gucci, Dior, and McQueen - with the difference that she is not only eponym but her fashion empire leads both commercially and creatively.

The documentary accompanies Vivienne Westwood as her label Shops opens in the fashion capitals of Paris and New York. Probably the busiest year for Westwood begins as overwhelming success. But it quickly becomes clear that worldwide success has its price.

In addition to all the successes, conflicts and uncertainties Westwood encounters, key moments of its past are told. Their political activism today has its roots in the antisystemic punk rock ethos of their youth.

The documentary enriched with unique information goes far beyond what is otherwise known from fashion films. It's an intimate and inspiring portrait of a truly British icon - a single mother, punk and agent provocateur.