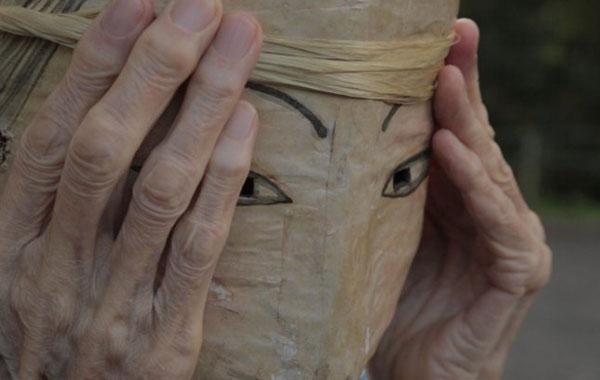 Gerard Byrne, Upon all the living and the dead.

Gerard Byrne’s complex video installations and photographic series picture sometimes unlikely contemporaneities. Whether connecting museums with nature photography, or commercial radio shows with Minimalism, Byrne’s work begs questions about how our present is conjured into being only through the construction of its image.
In his exhibition "Upon all the living and the dead." in Secession’s main exhibition hall, Byrne will present three major video installations from the last three years, examining the manifold relations between these very different works, "Jielemeguvvie guvvie sjisjnjeli – Film Inside an Image" (2016), "In Our Time" (2017), and his latest work, "A Visibility Matrix" (2018) – a complex 14-channel video installation authoured together with Byrne’s long-time collaborator Sven Anderson.
Gerard Byrne was born in Dublin in 1969 and lives and works in Dublin.

Since the early 2000s, Klara Lidén has built a sizable oeuvre in a variety of media, with works reflecting on the community’s way of life in heavily built up urban surroundings. Deviations from the norm and the possibilities they open up propel her art. Short video clips document the Swedish artist’s spontaneous performative actions in private and public settings.
At the Secession, Klara Lidén will present videos of her latest interventions – as always bold and witty – in the installation "Auf jeden Fall" created specifically for the occasion.
Klara Lidén was born in Stockholm in 1979 and lives and works in Berlin.

Heidrun Holzfeind, the time is now.

The question of how architecture works in everyday life and as a social space has long been the central concern in Heidrun Holzfeind’s films, photographs, and sculptures.
For her exhibition "the time is now." Heidrun Holzfeind has developed a new video installation about the Japanese shamanic improvisation duo IRO (Toshio and Shizuko Orimo). For the couple, who have worked together since 1981, their musical experimentation goes hand in hand with their activist involvement in the peace and anti-nuclear movement and a free-spirited way of life; they espouse an animist and pantheist weltanschauung and vehemently oppose modernity and commercialism in all its forms. For Holzfeind’s film project the duo performed in various locations of the Inter-University Seminar House in the Tokyo suburb of Hachioji, a unique example of modern architecture designed by Japanese architect and thinker Takamasa Yosizaka in 1965.

Heidrun Holzfeind was born in Lienz in 1972 and lives and works in Umeå, Sweden.