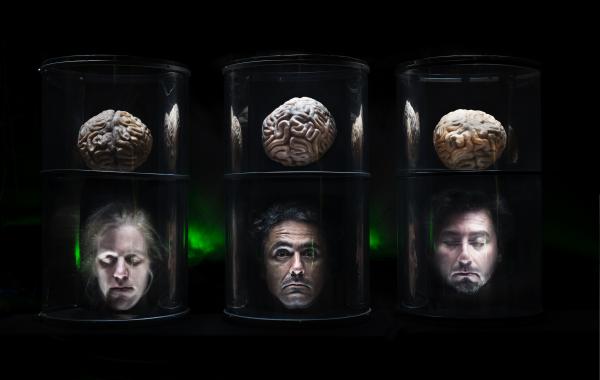 After their debut work "Welcome to the Insects", the theater collective Spitzwegerich brings immortality to the stage with "Freeze, Upload, Continue Living." The world premiere will show Spitzwegerich from 25 to 27 September 2019 in the Wiener Schubert Theater.

From the moon rabbit, talking brains and a headless postman
The Moonhare is stirring in the Elixir of Immortality, while frozen brains are waiting to be uploaded to a cloud. A postman, also a posthumanist, stumbles into the action and loses his head. But he manages to get into the cloud. And finally into the longed-for infinity.

In addition, the audience experiences much more: about how rapping body parts. Or how the chromosomes reconnect again and again. Also, it learns what it is with this yogurt on it.
And the audience gets the chance to win a piece of immortality in a bizarre show.