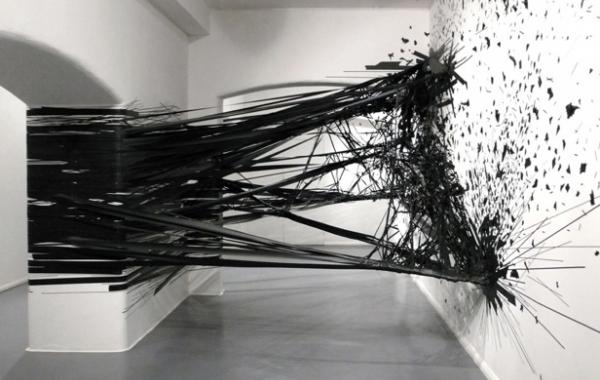 Forty years after Drawing Now, the legendary exhibition mounted jointly with the MoMA in New York, 2015 will see the Albertina once again attempt to take stock of what drawing means and/or can mean today. In the present showing, 36 selected works by international artists turn the spotlight on relevant movements of the past ten years.

Drawing Now: 2015 illustrates the broad spectrum of present-day tendencies in drawn art: its range of featured works runs from the abstract to the figurative and from sketches to large-scale projects planned in great detail. In terms of content, the artists devote their works to private experiences, simple everyday observations, and political events. They also reflect on the medium of drawing itself, examining the conditions and possibilities of such works’ production while also making a theme of appropriated drawing and drawing as a performative or collaborative act.
For this exhibition, the palace of the Albertina itself becomes a three-dimensional drawing board, with artist Rainer Prohaska stretching orange belts around the architectural complex in which the Albertina is housed in order to effect the graphical interconnection of the building’s various elements. Prohaska thus articulates an expansion of the notion of drawing in a manner that is particularly emphatic: Drawing an Orange Line shows that drawing is no longer limited to paper, but can also conquer walls and rooms, architecture and the cityscape.

The Albertina plans to continue Drawing Now as a series, to be shown at irregular intervals with differing emphases.